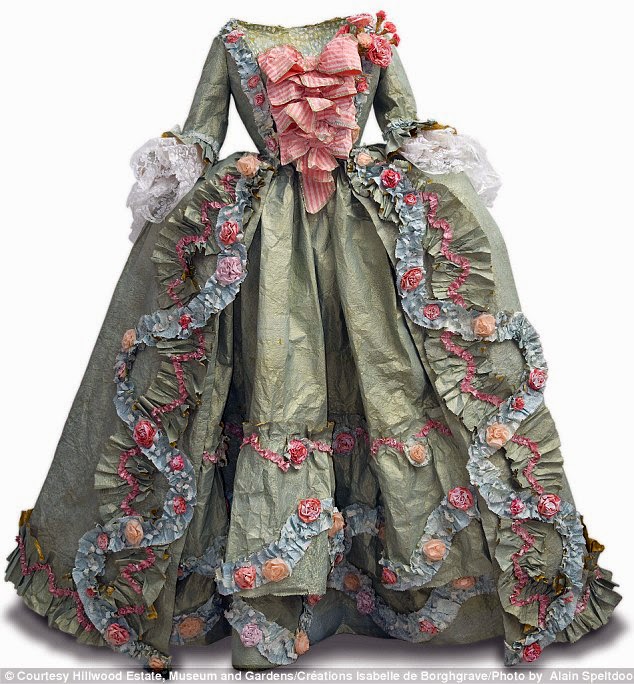 Belgian artist Isabelle de Borchgrave is a painter by training, but textile and costume are her muses. Working in collaboration with leading costume historians and young fashion designers, de Borchgrave crafts a world of splendour from the simplest rag paper. Painting and manipulating the paper, she forms trompe l’oeil masterpieces of elaborate dresses inspired by rich depictions in early European painting or by iconic costumes in museum collections around the world.  The Legion of Honor is the first American museum to dedicate an entire exhibition to the work of Isabelle de Borchgrave, although her creations have been widely displayed in Europe.

The story begins in a little house in Sablon, which Isabelle turned into a studio. There, she gave drawing classes to her friends’ children and other neighbourhood children and, thus, was free to think about her own designs. It was the seventies and, so, La Tour de Bébelle was set up there. Processions of hand-painted clothes, rolls of fabrics strewn about, pigments, brushes, gouaches, canvasses, pastels and travel journals. Everything alongside each other in a friendly, colourful and modern setting. 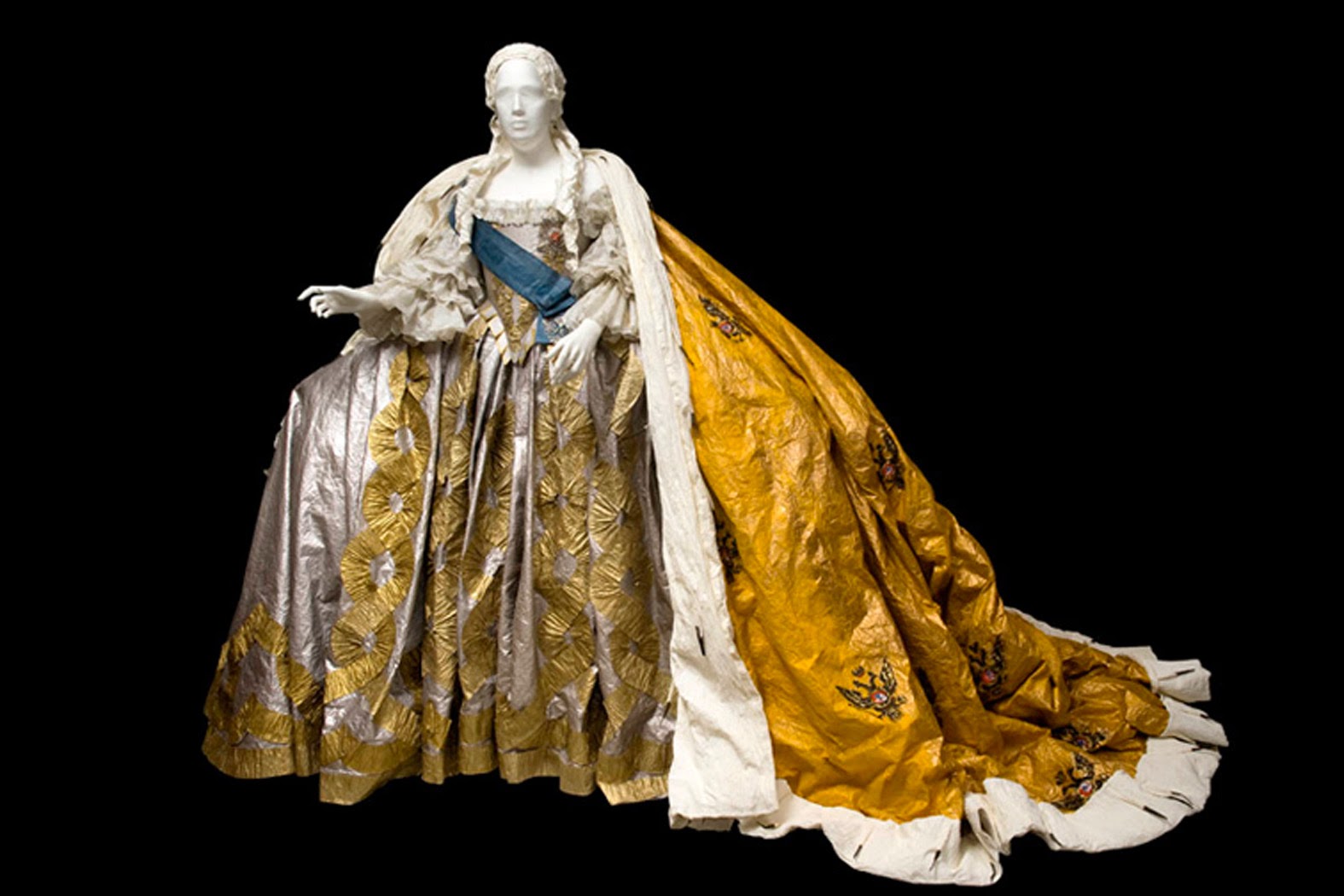 Countess Isabelle de Borchgrave d'Altena was born in Brussels, Belgium in 1946. Since early childhood, she had a passion for drawing. Pencils were her first toys, and she made drawings on everything in sight, including the walls and floor of her room. She began her studies at age 14 at the Centre des Arts Décoratifs, and, later – at Académie Royale des Beaux-Arts in Brussels, where her days were filled with drawing still-lives and form models. De Borchgrave worked in advertising for less than a year after she had finished studying, and then made clothes for her friends before branching out into interior design. She later established her own studio, designing dresses, scarves, jewelry and accessories. In particular, de Borchgrave specialized in designing fabrics.

Following a visit to the Metropolitan Museum in New York in 1994, Isabelle dreamed up paper costumes. While keeping her brushes in hand and her paintings in mind, she worked on four big collections, all in paper and trompe l’oeil, each of which set the scene for a very different world. “Papiers à la Mode” (Paper in Fashion), the first, was a collaborative effort with the renowned Canadian costume designer Rita Brown that takes a fresh look at 300 years of fashion history from Elizabeth I to Coco Chanel. “Mariano Fortuny” immerses us in the world of 19th century Venice. Plissés, veils and elegance are the watchwords of that history. “I Medici” leads us through the streets of Florence, were we come across famous figures in their ceremonial dress. Figures who made the Renaissance a luminous period. Gold-braiding, pearls, silk, velvet … here, trompe l’oeil achieves a level of rediscovered sumptuousness. As for the “Ballets Russes”, they pay tribute to Serge de Diaghilev. Pablo Picasso, Léon Bakst, Henri Matisse, … all designed costumes for this ballet company, which set the world of the 20th century alight. These dancing paper and wire figures play a very colourful and contemporaneous kind of music for us. 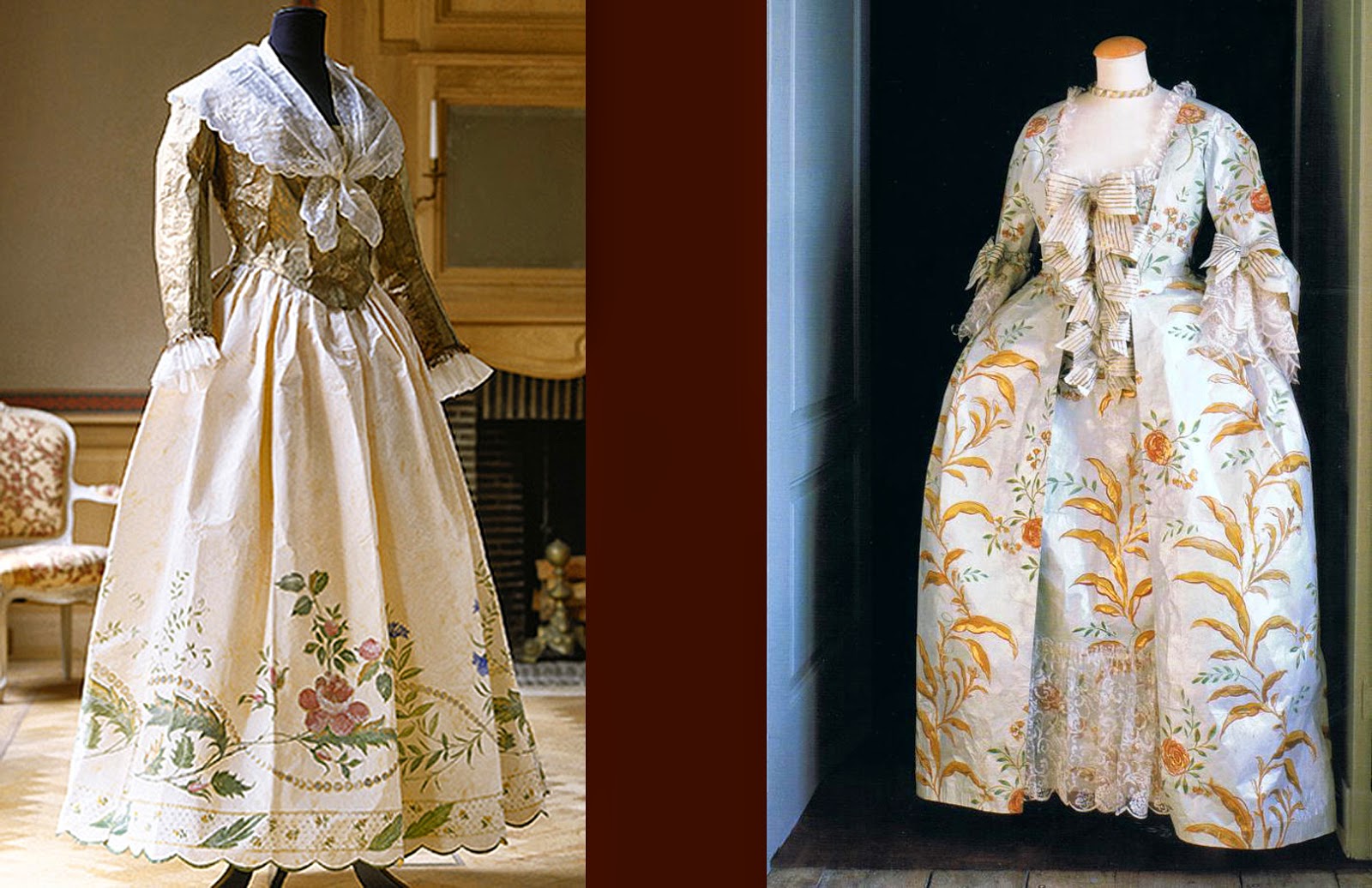 Over the years, de Borchgrave's paper creations have ranged from an elaborate headdress in the shape of a caravel in full sail, worn by Marie Antoinette, to some oversized roses for John Galliano's haute couture show for Christian Dior, to a subtle, white on white wedding dress train worn by HRH Princess Annemarie of Bourbon-Parma at her wedding with Prince Carlos of Bourbon-Parma. She was also commissioned to recreate Jackie Kennedy's wedding gown for the John F. Kennedy Library and Museum in Boston. "It was dusty and fragile, wrapped up in black tissue paper", de Borchgrave recalls in a story in Daily Telegraph. "The silk was dead, you couldn't touch it any more. It was preserved like a relic. The original is dead, but the paper one brings it to life again." In 2004, de Borchgrave designed and made a delicate, painted paper dress for Queen Fabiola of Belgium, which the queen wore to the wedding of Prince Felipe of Spain in Madrid. 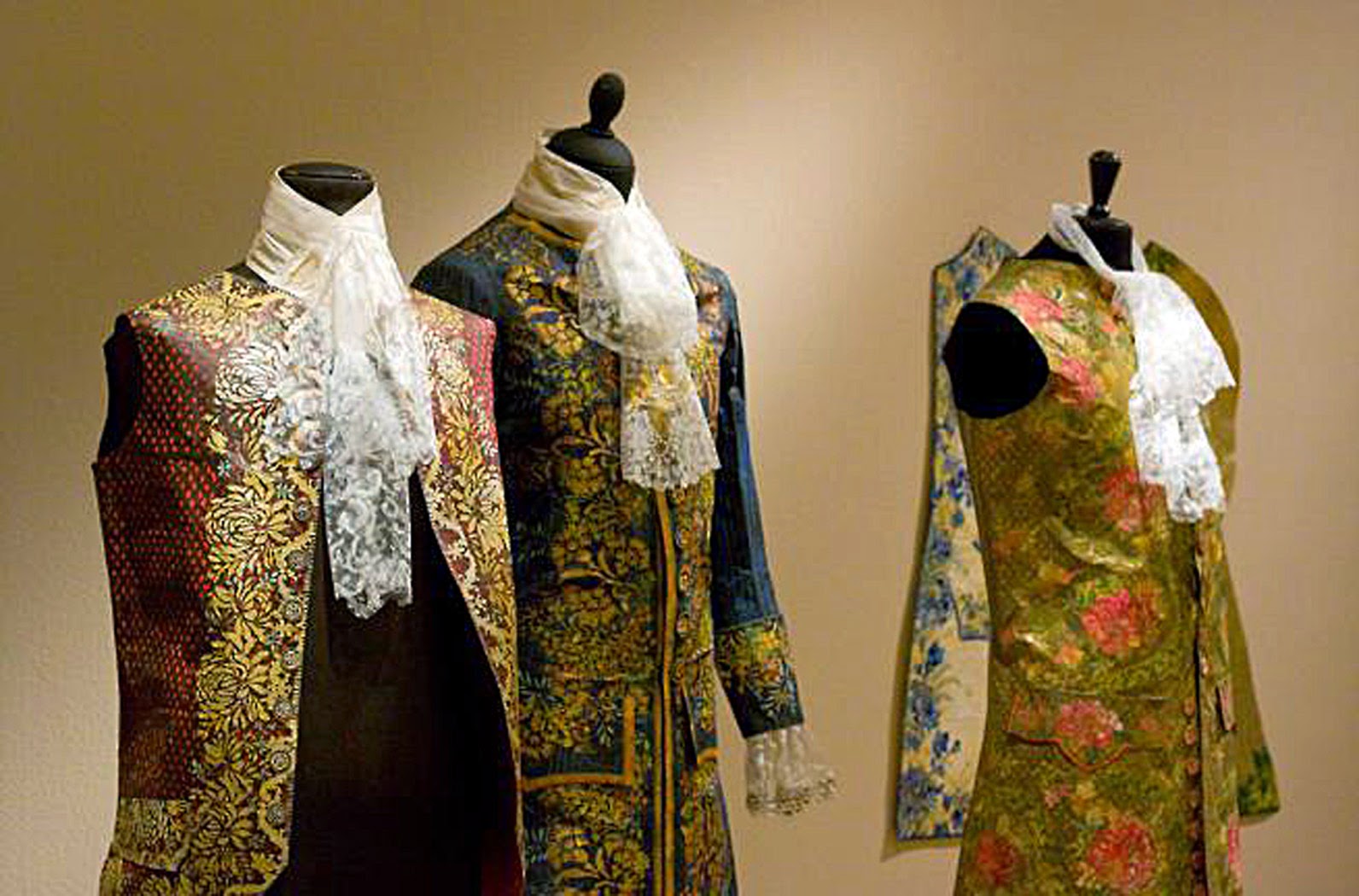 In 2008, a colorful installation of over 80 pieces by Isabelle de Borchgrave opened at the Fortuny Museum in Venice, Italy. Entitled "Un mondo di carta - Isabelle de Borchgrave incontra Mariano Fortuny", ("A World of Paper: Isabelle de Borchgrave Meets Mariano Fortuny") the exhibition was spread over the historic palazzo's three floors and included versions of Fortuny's classic, finely pleated "Delphos" dress, as well as robes, accessories, shoes, boots, a stage set, an oriental tent, rugs, cushions, a lute and antique swords, often intermingling with the master's own works and collection, and all made of painted paper. Reviewing the installation for The World of Interiors magazine, author Barbara Stoeltie wrote, "Isabelle de Borchgrave freely shares her adventures in beauty – a beauty that, beneath her gaze and from her fingertips, pours out unstintingly. Tubes of paint, boxes of pastels, sheaves of brushes of all sizes and all kinds of glue gleefully take part in her marvellous game. The work itself rejoices." 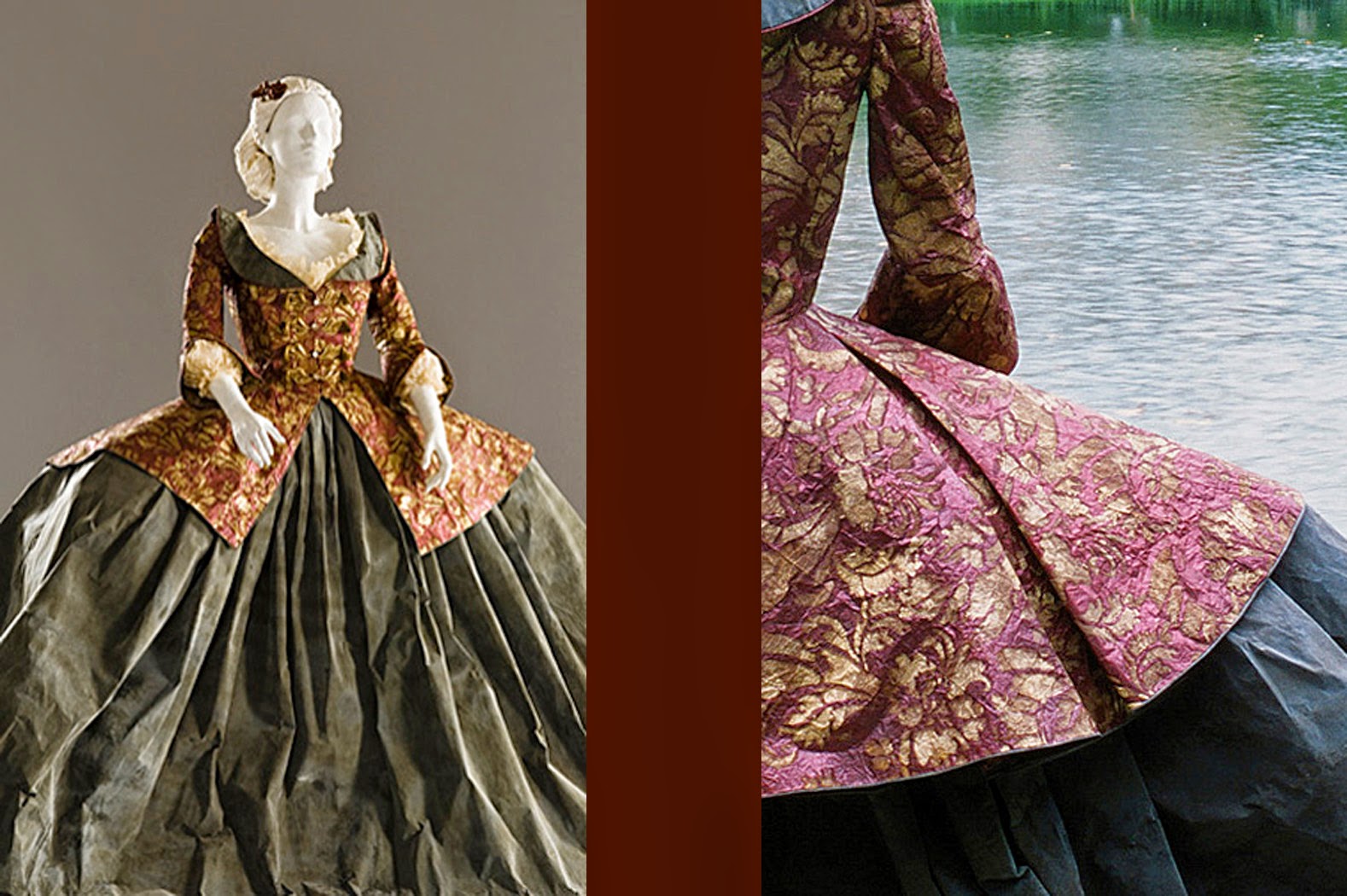 In 2008, a lavishly illustrated hardcover monograph "Paper Illusions: The Art of Isabelle de Borchgrave" was published in the United States by Abrams. Within weeks, the book was declared by The New York Times to be one of "the best gift books of 2008" and "among the most unusual and fascinating... seen in a long time." The monograph was authored by the well-known writer and photographer duo, Barbara and René Stoeltie, with an introduction of Hubert de Givenchy, who said of de Borchgrave, "Isabelle is one of a kind; with a single sheet of paper, she creates the most beautiful dresses, the finest costumes, or, simply, a chain of white roses...Whether it becomes a shoe, a hat or a few strings of pearls, Isabelle plays with paper as a virtuoso plays an instrument."

In February 2011, a large scale installation entitled "Pulp Fashion: The Art of Isabelle de Borchgrave" opened to great acclaim at the Legion of Honor Museum in San Francisco. The retrospective exhibition, described by the museum officials as "trompe l'oeil masterpieces," is presented in six sections: "The Artist's Studio" is recreated to provide insight into de Borchgrave's creative process; "In White" showcases the purity of craftsmanship in a selection of nine dresses devoid of color; "Papiers à la Mode" features iconic looks from key periods in fashion history, and legendary designers such as Charles Worth, Paul Poiret and Coco Chanel are represented by signature pieces; "Fortuny" is an immersive environment created under a paper tent populated by recreations of Fortuny's famed pleated and draped gowns; "The Medici" is the artist's most extravagant series, with elaborate velvets, needlework lace, ropes of pearls, and intricate coiffures transformed into paper sculptures, and "Inspiration"— de Borchgrave's latest body of work, inspired by four paintings from the Legion of Honor's collection that she admired during her visit to the museum in the summer of 2010. 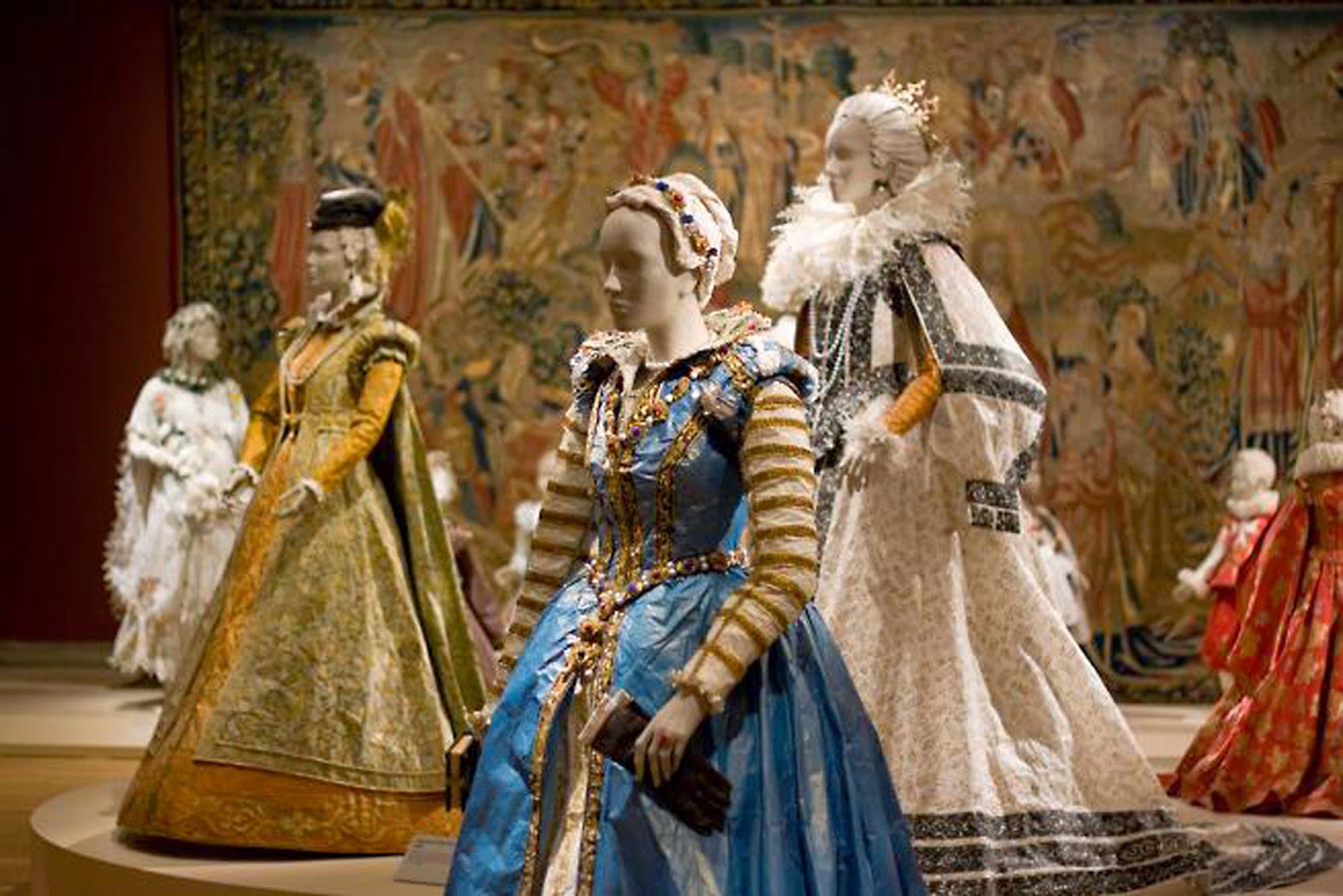 In de Borchgrave's art, the starting point is almost always the same: sheets of paper one meter by one and a half meters (3.3 feet by 4.9 feet), which she sets to work on with her brushes and paints on an enormous linen-covered table in her studio in Brussels. "Her colors, reports The New York Times, "are very much inspired by her travels: reds from the roses of Turkey, earth hues from Egypt, blues from Greece...Borchgrave produces astonishing effects of scintillating color, weight, transparency and texture. Her renderings of diaphanous gauzes are especially astonishing." Every year, she and her team go through 2.5 miles of paper in their artistic pursuits. Imagine the complexity involved in creating an 18th-century rococo ball gown, with its reams of ribbons and layers of lace and petticoats, or an intricately pleated Fortuny evening ensemble. Then think about making them out of paper. Through cutting, gluing and painting, using a mix of acrylic paint, ink and metallic powder, de Borchgrave makes us believe we’re seeing lace, brocade, silk, taffeta and embroidery. 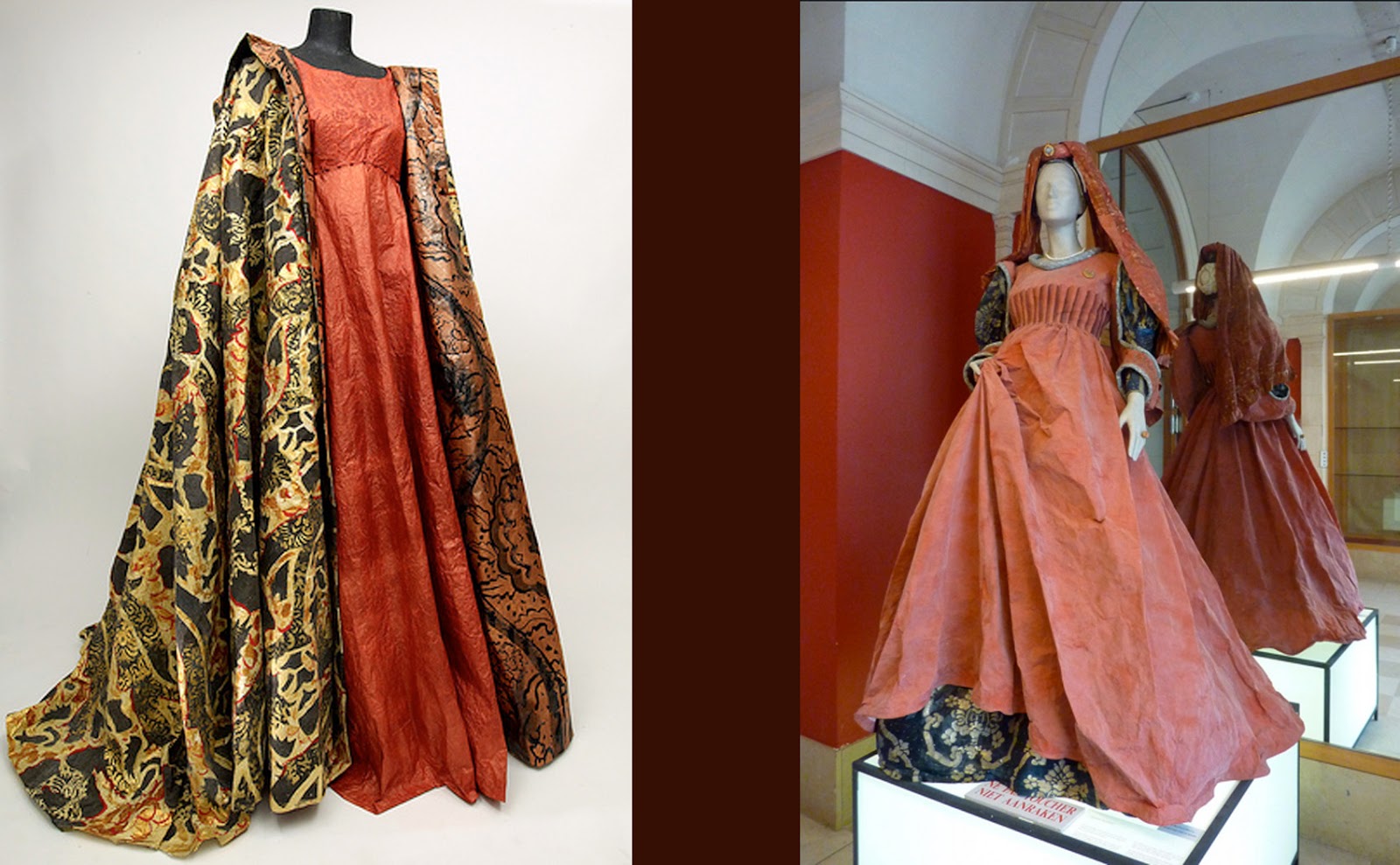 It’s true that, today, Isabelle de Borchgrave has become a name that is readily associated with fashion and paper. But her name is also closely linked to the world of design. By working together with Caspari, the potteries of Gien, Target, and Villeroy and Boch, Isabelle has turned her imagination into an art that’s accessible to anyone who wants to bring festivity into their home. Painted fabrics and paper, dinner services, curtains, sheets, decor with a personal touch for parties and weddings.  All this tells of the world in which she has always loved to move. 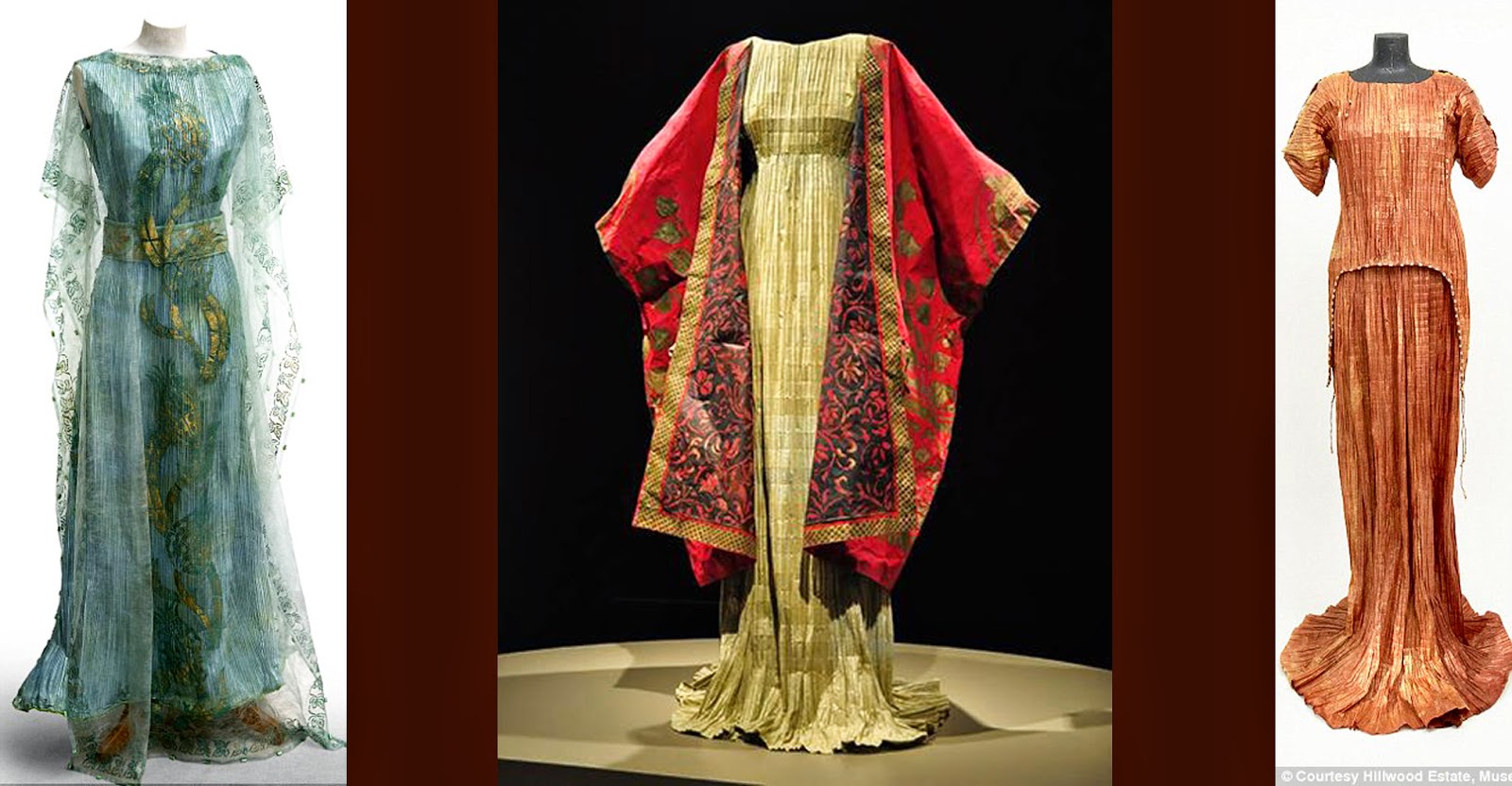 But in a 40-year career, she has never put to one side the thing that has always guided her in her life: painting. She still exhibits her paintings and her large folded paper works all over the world. With an imagination increasingly stimulated by her knowledge and interpretation of art, Isabelle, a follower of the Nabis movement, has a fresh perspective of a world that flies around her like a dream. 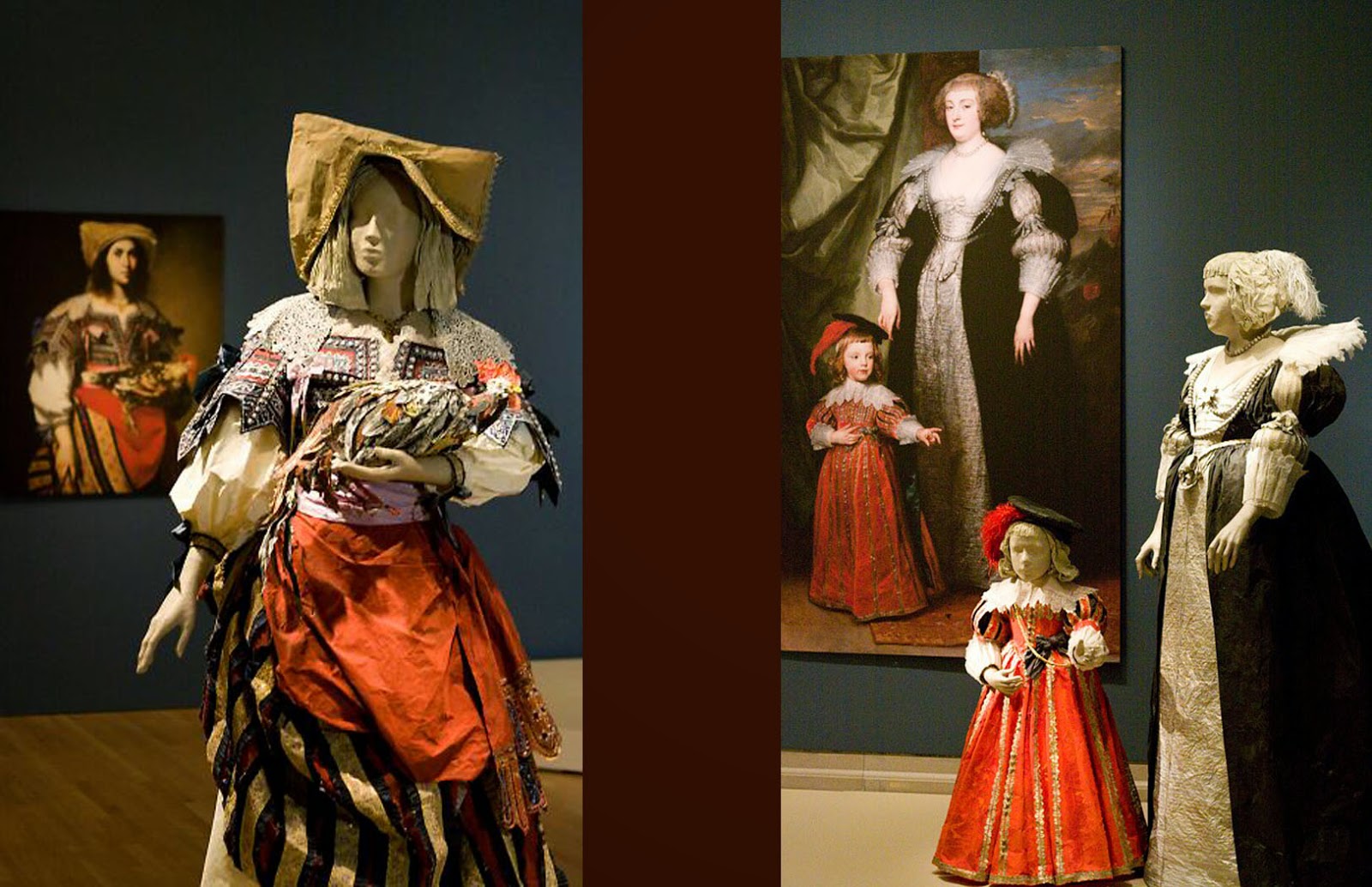 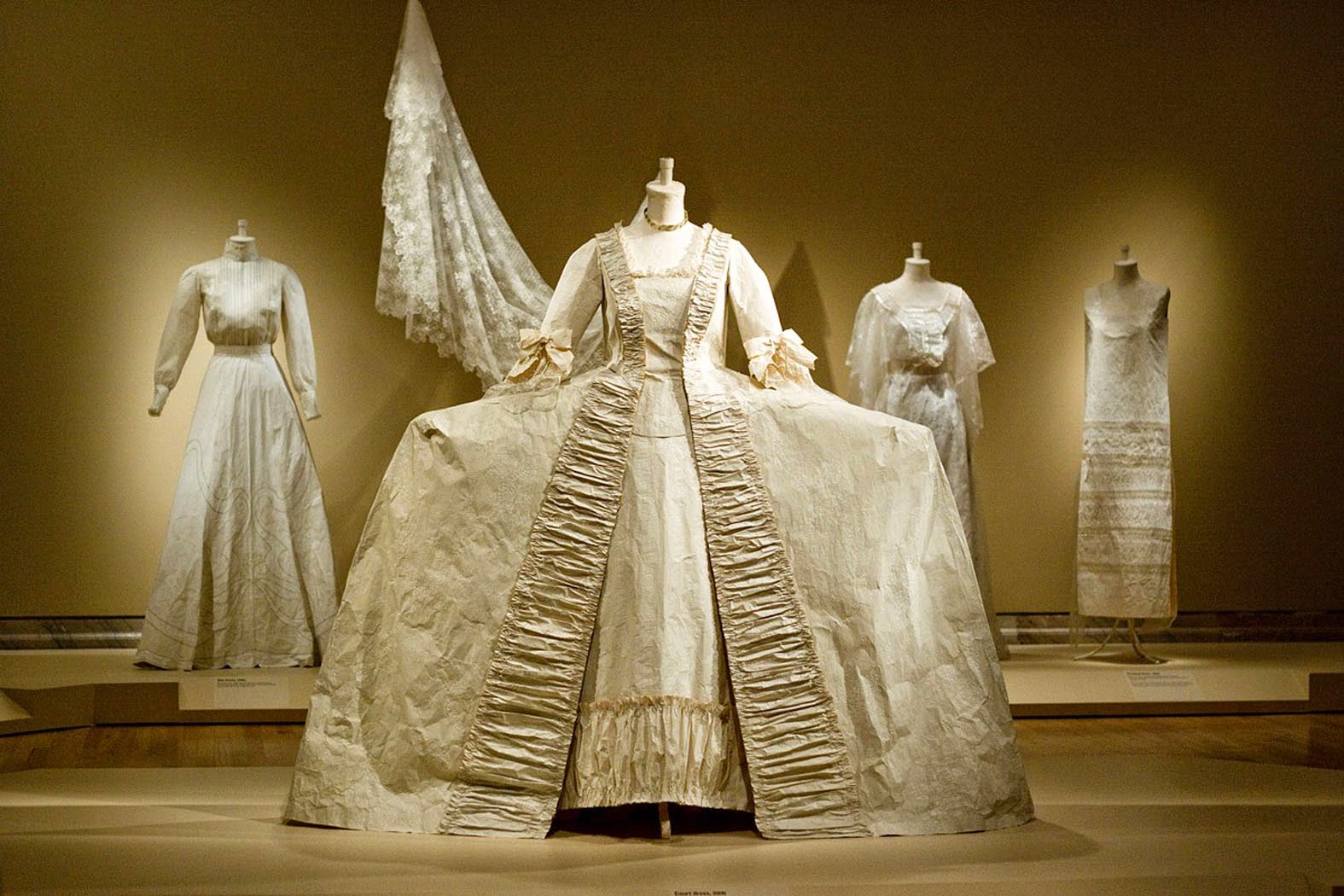 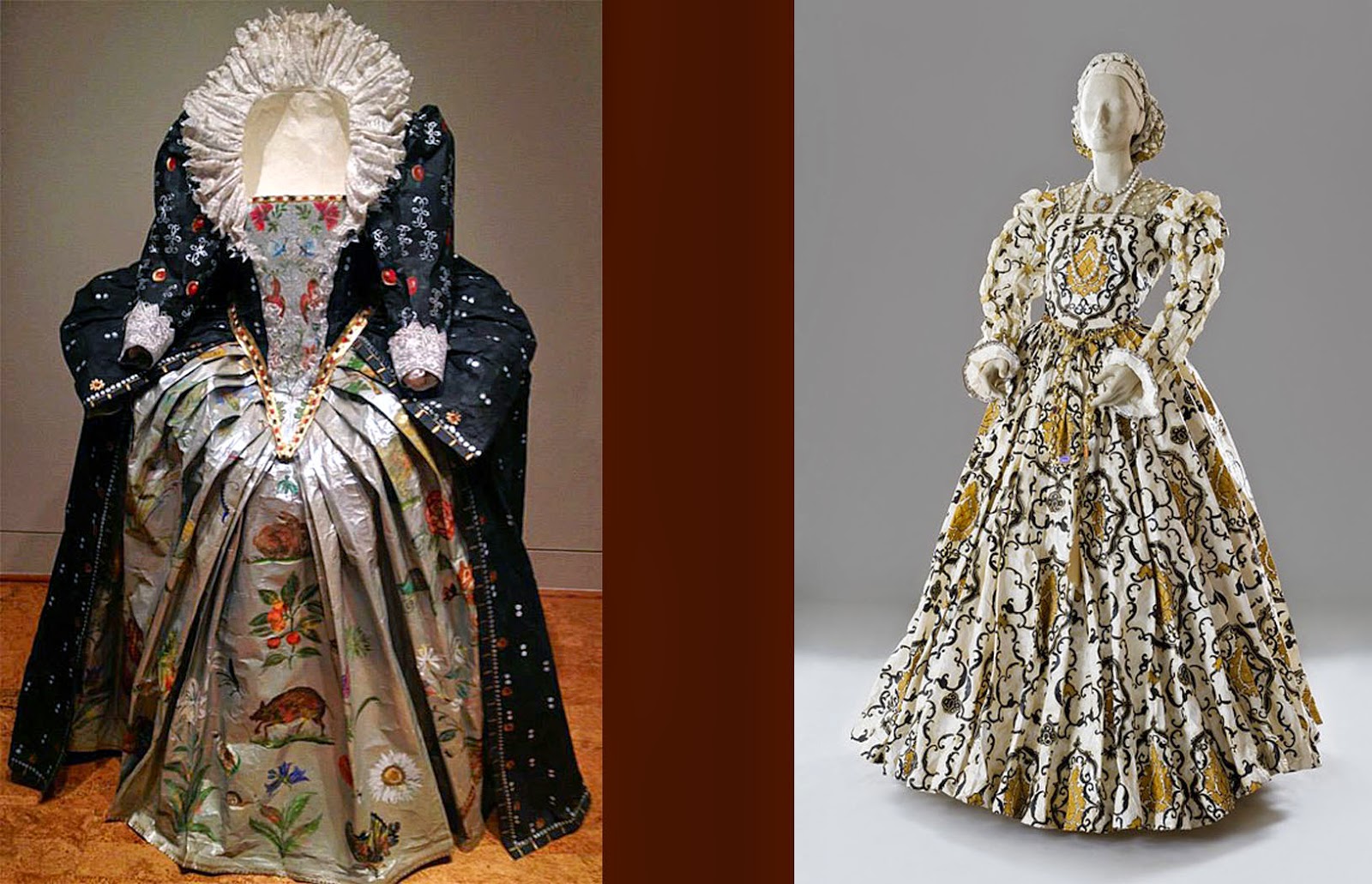 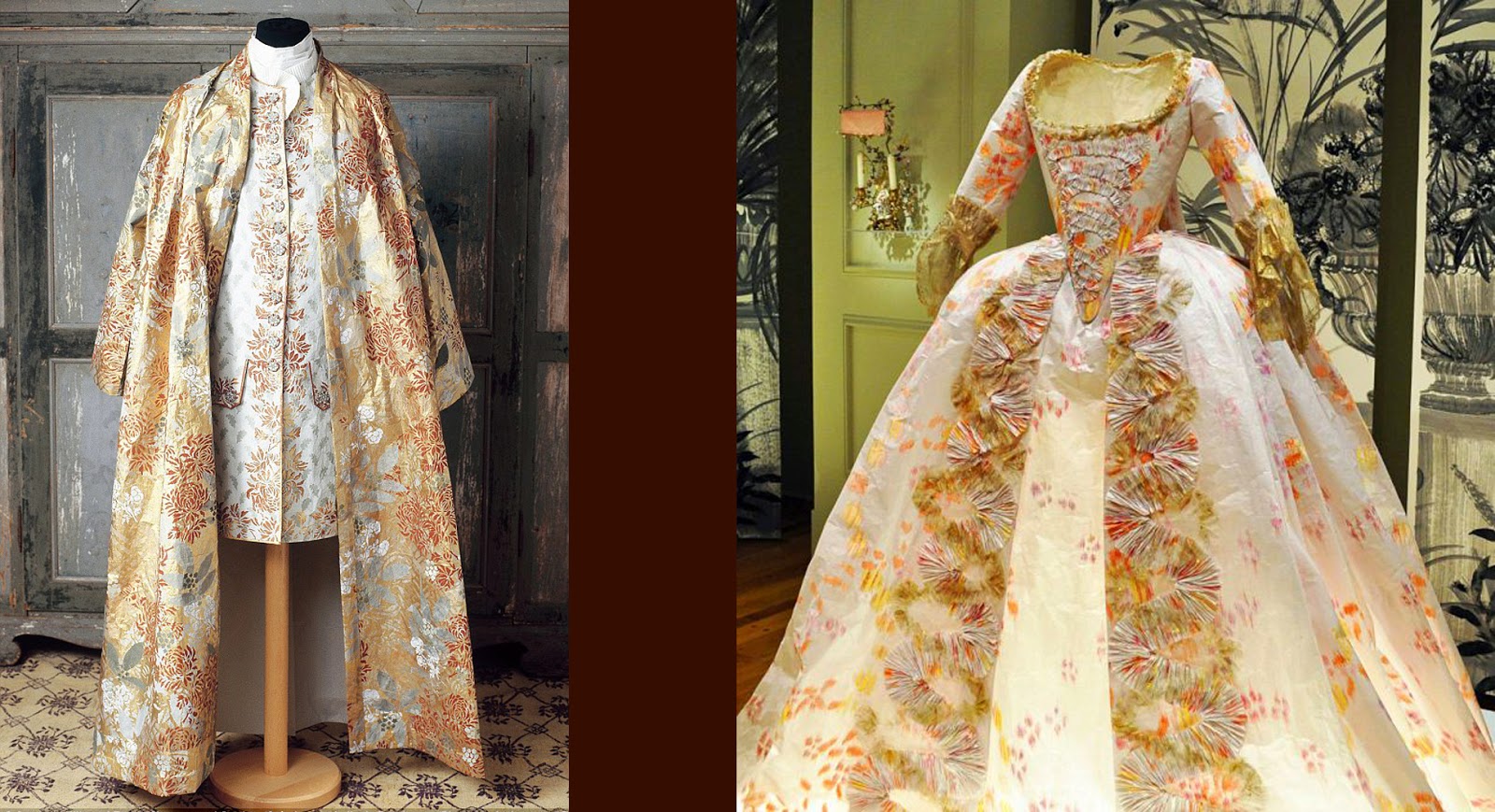 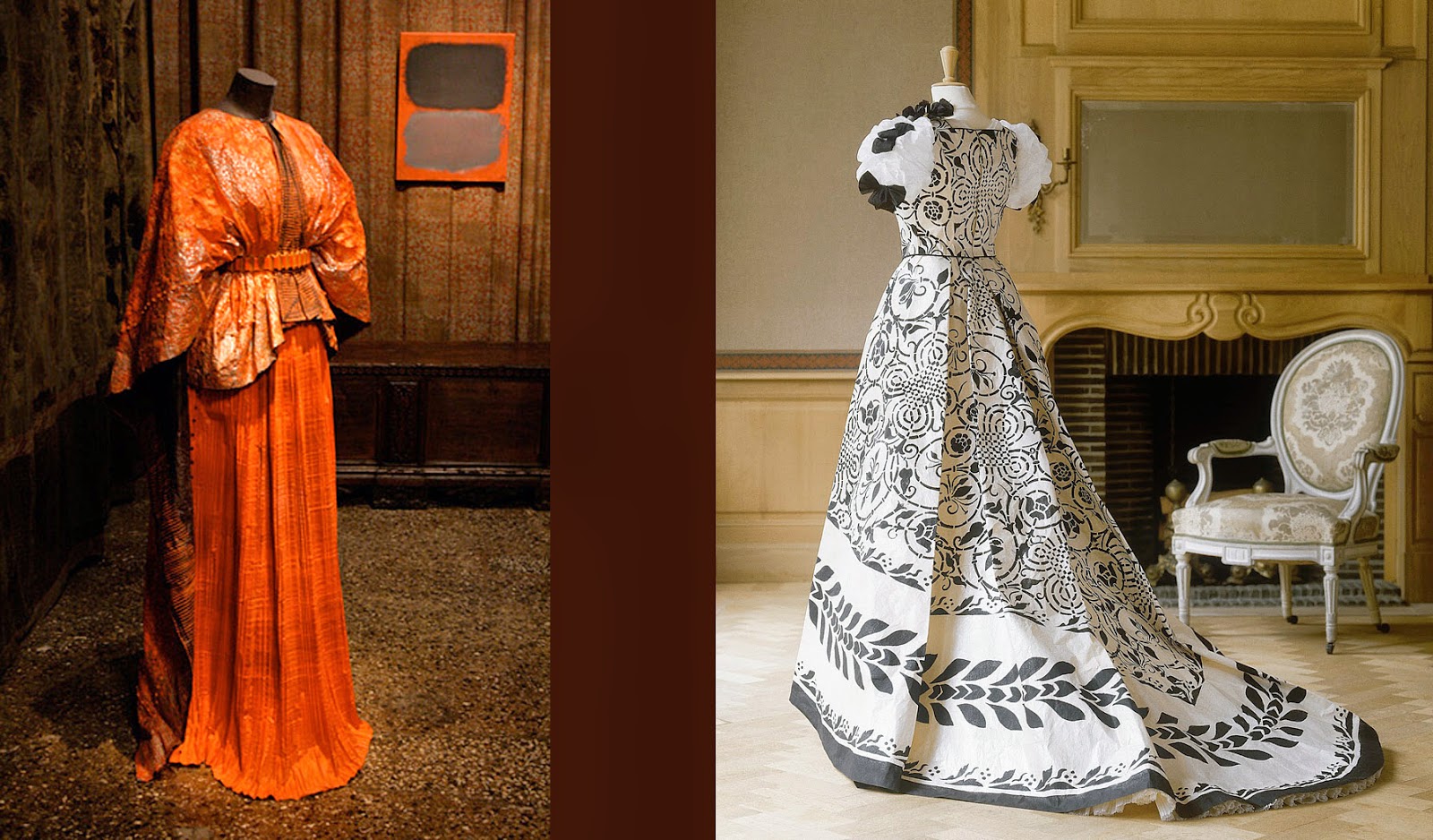 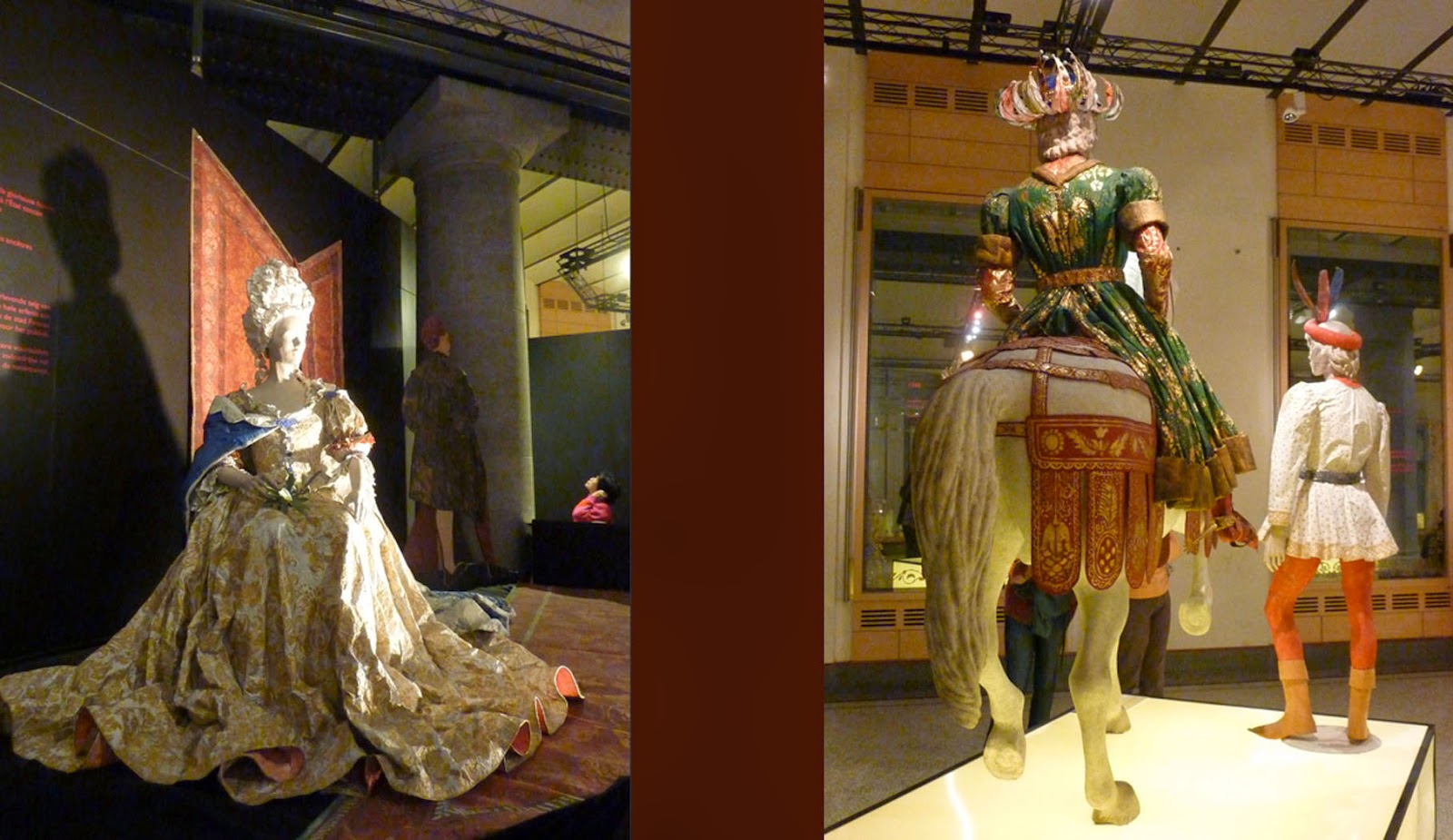 Milena
Toronto, Canada
Born in Bulgaria, but settled in Toronto where I try to find my own creative way in the world. After a lengthy career in Fashion, Costumes and Props, my life long interest in art led me to explore the potential of Fiber Art as a means of self-expression. Creating with textiles has been a passion and a gratifying process that has been part of my life, for as long as I can remember. This passion inspired me to establish a dynamic, virtual space where creative souls can gather, connect, inspire and share within an extended community of people who are excited by the same ideas.